The Key Ingredient in bringing together the Convergence Programs three Shropshire types is the line breeding aspect that ties back to our original Heritage type ram, Hiemke 12034, Sport Pepper.

While he has all the Hiemke/Groverman historical data on performance, we picked him out based on his phenotype, how he looked.  He didn’t have the top numbers compared to Cody’s offering at the time, but they were good enough.  We didn’t want to totally abandon our show ring history.  Here is a picture that we like, taken when he was one year old in May 2013.  Picture pulled from our Shropshire Voice ad at the time.

You can see why we like him and why every animal we produce from the program ties back to him.  All the convergence starts here. He has the boldness of frame that we like, legs on the corners, lots of thickness and capacity, and a relatively short neck.  He ties that together with correct breed character in the head, the short ears, refined composure, and caps it off with body that has straight top and clean front.

Here is his pedigree:. 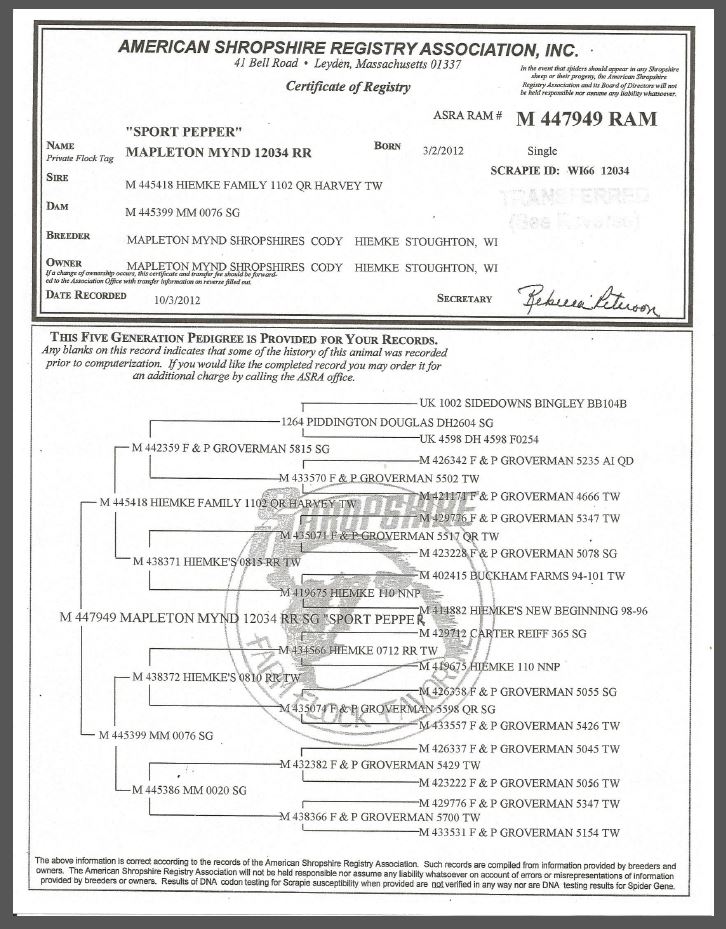 For us this all started with the American Shropshire Sheep Genetic Profiling Project in 2013. The basic analysis showed the wide variation of the profile for our breed and at the same time provided a marker for our base. We believe that the variation that has occurred in the breed over the past some 130 years were based on changing views of sheep meat production qualities and the effect of show ring judges who follow those trends. Our baseline direction is to incorporate timeless breed characteristics with changing meat production qualities. Our membership in NSIP and the input of data from 2004 to current has allowed us to add data analysis to our selection process.

Here is a wide view of the genetics / pedigrees that have been tied into the convergence program. In our 2018 updates we note that some of our 2018 lambs are F-3’s, three generations of convergence, each adding a level of prepotency that ties back to Sport Pepper

Our first Shropshire ewes in 1953 were a combination of a number of Illinois breeder bloodlines, Allen, Allison, Ramsdell, Windish, and Perkinson. Since then we there have seen countless bloodline additions. The current flock, see Five Generation spreadsheet in this section, has Sire based bloodlines that cover many of the prominent breeders of this time and a Knepp ewe flock that incorporates all of those inputs. 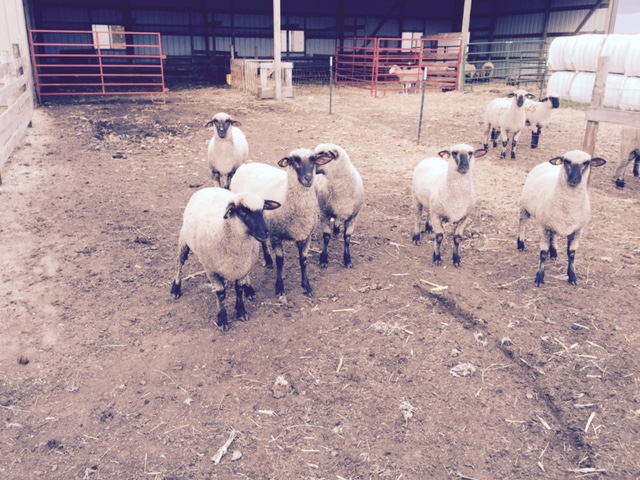 Picture of some of our F-1 ewes taken at the Brandon Knutson farm in Clinton, WI.  Brandon is a NSIP Polypay and Hampshire breeder and was our Shepherd between November 2014 and September 2016.  His background provided a solid influence into the NSIP direction we are following.